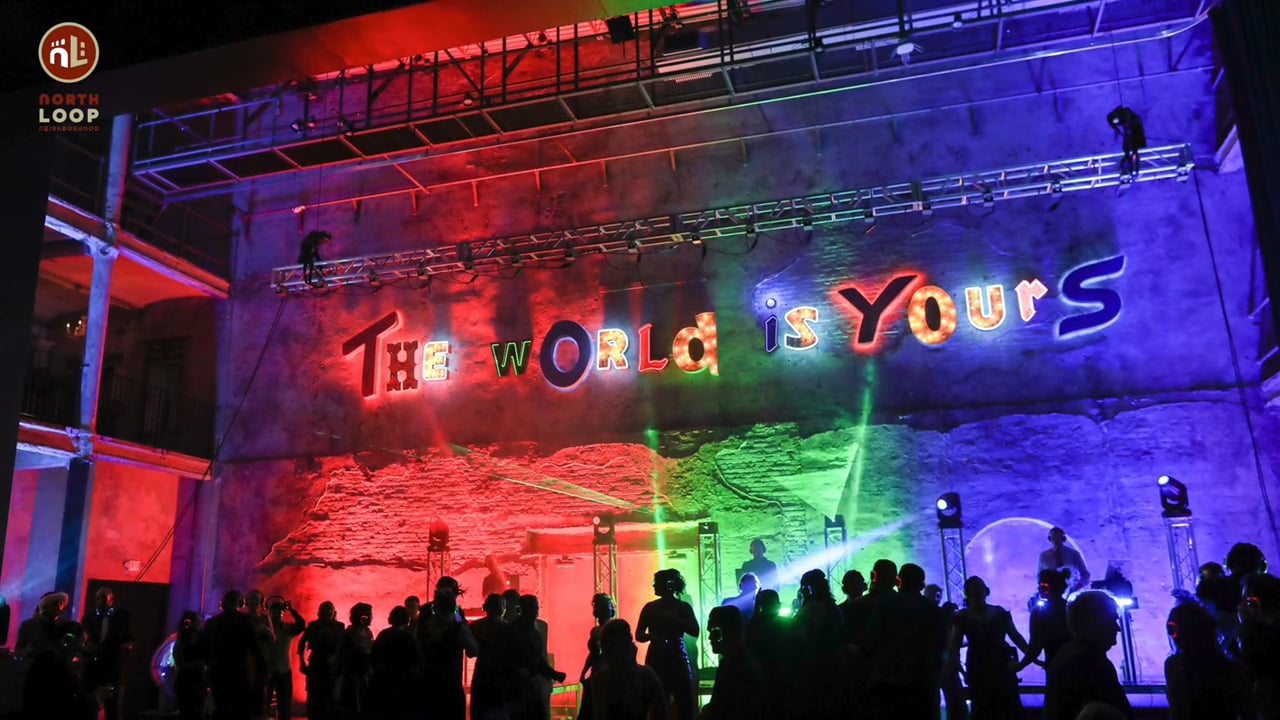 Loop Back: Storage Facility With A Dramatic Overhaul

With its Gothic arches and wrought iron bars, the brick structure at the corner of 1st Avenue North and 1st Street North is like none other in the North Loop.

As an event center in recent years, Aria was a popular spot for lavish celebrations and elegant fundraisers. Celebrities from Garth Brooks to Magic Johnson to Queen Noor of Jordan appeared at events there.

Brides Magazine called it one of America’s best wedding venues. And it’s largely because of the historic Old World atmosphere inside, providing a dramatic backdrop for any event. The building’s history includes a world-renowned architect, a Tony-award winning theater group and many decades simply as a storage facility. But before all that, its story begins with fruits and vegetables, starting in 1889. That’s when the first few produce warehouses started going up at the corner. Wholesalers were there, receiving train car loads of produce, meats and other items, and shipping them out to retailers throughout the region. The block became known as the “Produce Exchange.” But after a devastating fire in 1899, the owners wanted not only to repair, but transform the mishmash of warehouses there. That’s where the renowned architect comes in. Cass Gilbert designed our state capitol, and while it was being built, he was asked to revamp the corner of 1st and 1st. (He had earlier designed a fourth floor addition to the Produce Exchange).

What he came up with this time was a new red brick exterior that combined multiple buildings into one.

Look closely and you’ll notice, the previous buildings had windows at different heights, but by drawing your eye to the four-story Gothic arches, everything seems to be in alignment, one cohesive exterior. The wrought iron gates and window grates, now more than a century old, were extra security for the building’s next purpose: personal storage.

It was the only fireproof storage in the city at that time, according to newspaper listings. Today, vestiges of that era still remain on the upper floors. Aria’s assistant general manager, Kelly Preslicka, gave us a look. “These are remnants of when it was original indoor self-storage,” she said, “so these rooms would have big heavy metal fireproof doors on them that people could then lock.” It continued as a storage facility into the 1980s, with various owners adding moving and packing services as well. But the next major transformation—hollowing out a big indoor hall—came in 1992 when Theatre de la Jeune Lune moved in and created a new performance space.

“They are to credit for opening up this so that it is so grand,” said Preslicka. “They took out many walls, many floors. They opened up all the way to the fourth floor ceiling.” The theater company drew critical acclaim and even a Tony Award, but struggled financially and went out of business in 2008. What they left behind, though, is still appreciated by visitors today.

“When people come into the building, they generally have sort of a ‘wow’ moment when they experience how grand the space is and how interesting it is,” Preslicka said. “The structure itself has a lot of character, has a lot of texture.”

River Valley Church, which had been hosting Sunday morning services there for about three years, announced in 2022 that it had purchased the building for $10 million.