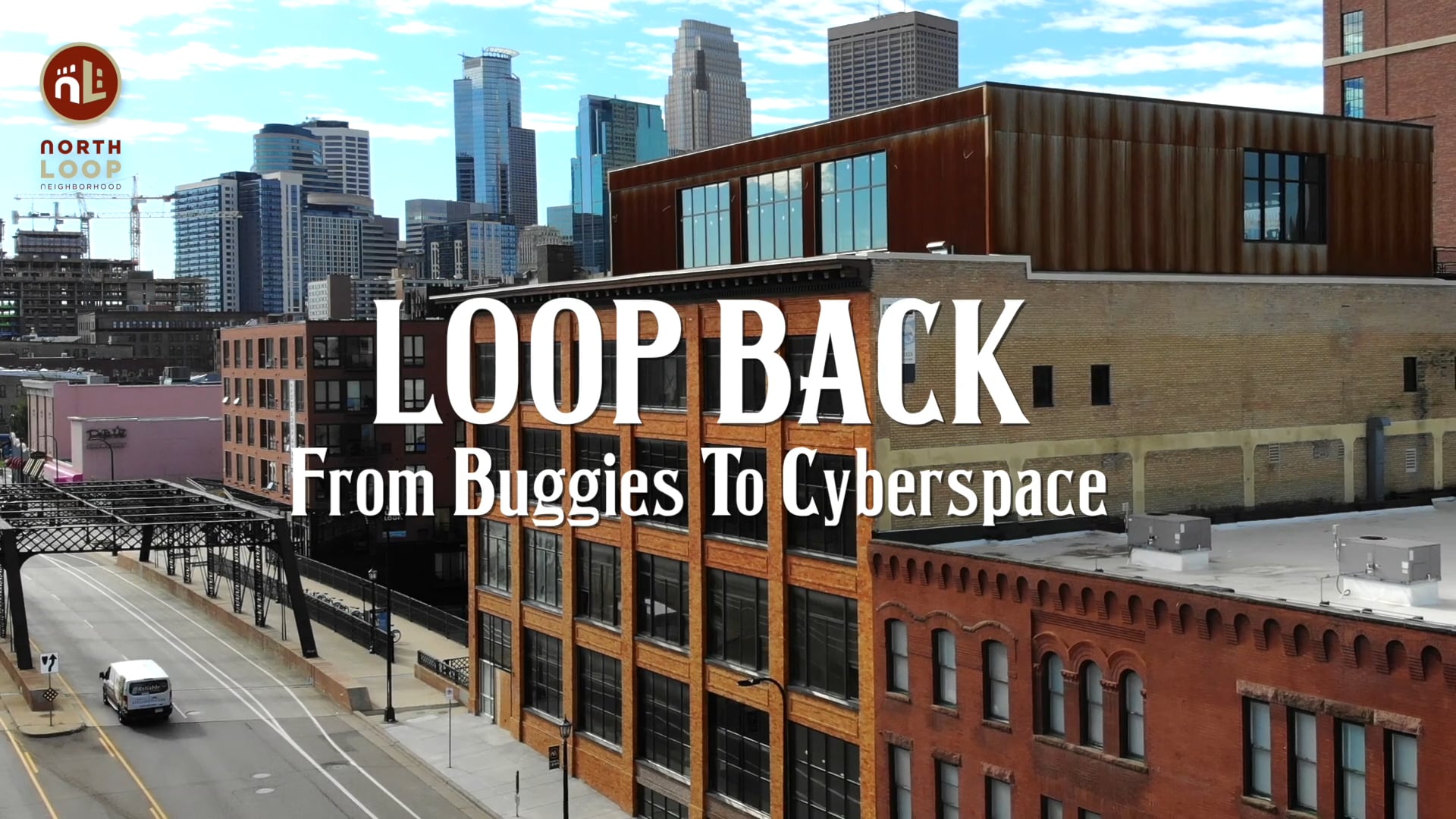 Loop Back: The “Internet Exchange” Building

In its first 100 years, the old warehouse at 411 North Washington advanced from the horse and buggy era to cyberspace, giving a boost to both.

Built in 1913, it was first used to assemble buggies and wagons for the Studebaker Corporation, even while automobiles were being produced by Ford just a few blocks away in the North Loop. “The buggy business, wagon business lasted a whole lot longer in the country than it did in the city,” said Jerry Steelman, former owner of the building. Steelman bought an antique Studebaker buggy of his own after buying the building in 1969. He found pieces of Studebaker catalogs hidden in the walls that had been clearly chewed up by mice.

During construction in 1913, builders used massive tree trunks, driven deep into the ground, to support the foundation of the building. It has a curve around the back, following the path of a Great Northern Railroad spur which used to be back there, allowing trains to go from the main series of tracks to the backs of warehouses along Washington Avenue and 3rd Street North.

After Studebaker moved out, the building became an industrial and general supply warehouse, run for many years by Russell C. Duncan, who eventually became president of the Minneapolis Chamber of Commerce. In 1969, the Steelmans’ company, S & S, took over and they were here for 47 years, storing everything from Magic Chef appliances and Columbia bikes to shag carpeting.

“For a long time there was a variety of carpet showrooms,” said Sandy Steelman, who worked with her father at the company. “The front space would be the showroom and the back was the warehouse where they had the rolls of carpet.”

Evangelist Billy Graham, with his headquarters in Minneapolis, used the building to help publish his books.

“We got the raw paper then we got the books back after the printer printed them,” said Jerry, “and they would take them and send them out.” But in the 1980s, with the North Loop transitioning, the Steelmans converted the warehouse to offices. First, though, they wanted to scrub off the decades’ worth of muck that accumulated, from being along the tracks.

“There was a tremendous amount of soot and crap down in that area all the time,” said Jerry.

But being next to the tracks gave them a notable break in the late 1990s, when a company named Qwest came knocking.

“Qwest came to me, wanted to know if they could build a small hut out there,” said Jerry, but they “didn’t want to tell me what it was for.” At the time, much of the country still had slow internet. But Qwest was working to connect American cities with high-speed fiber-optic cables, which it buried along railroad tracks across the country. And to boost the data every 20 or 30 miles, they’d build what they called a POP station. They needed one of those POP stations here.

“When Qwest finally told me what was happening, I said ‘well, I would like a hookup’,” said Jerry. “This provided an excellent opportunity for our tenants to have unbelievable access to the internet.”

So while other offices in town still had dial-up, tenants here could send large files and navigate the web with lightning speed. And that gave them an idea. Minneapolis already had a Grain Exchange, Flour Exchange and Lumber Exchange, and they decided to rename the building “Internet Exchange,” in hopes of attracting more dot-com businesses. “It was a big deal, but then it wasn’t a big deal,” said Sandy, “because as you know with technology, it’s here and then two years later you’re out of date. But the name stuck. Later on we said to people, ‘should we still be called the Internet Exchange? it’s not that big a deal anymore.’ But they liked it, the tenants liked that name, so ok fine, we’ll just stick with it.”

The Swervo Development Corporation bought the building in 2016. And with a top to bottom renovation, it began a brand new era in the North Loop, from an urban winery on the lowest level to a marketing agency at the top.