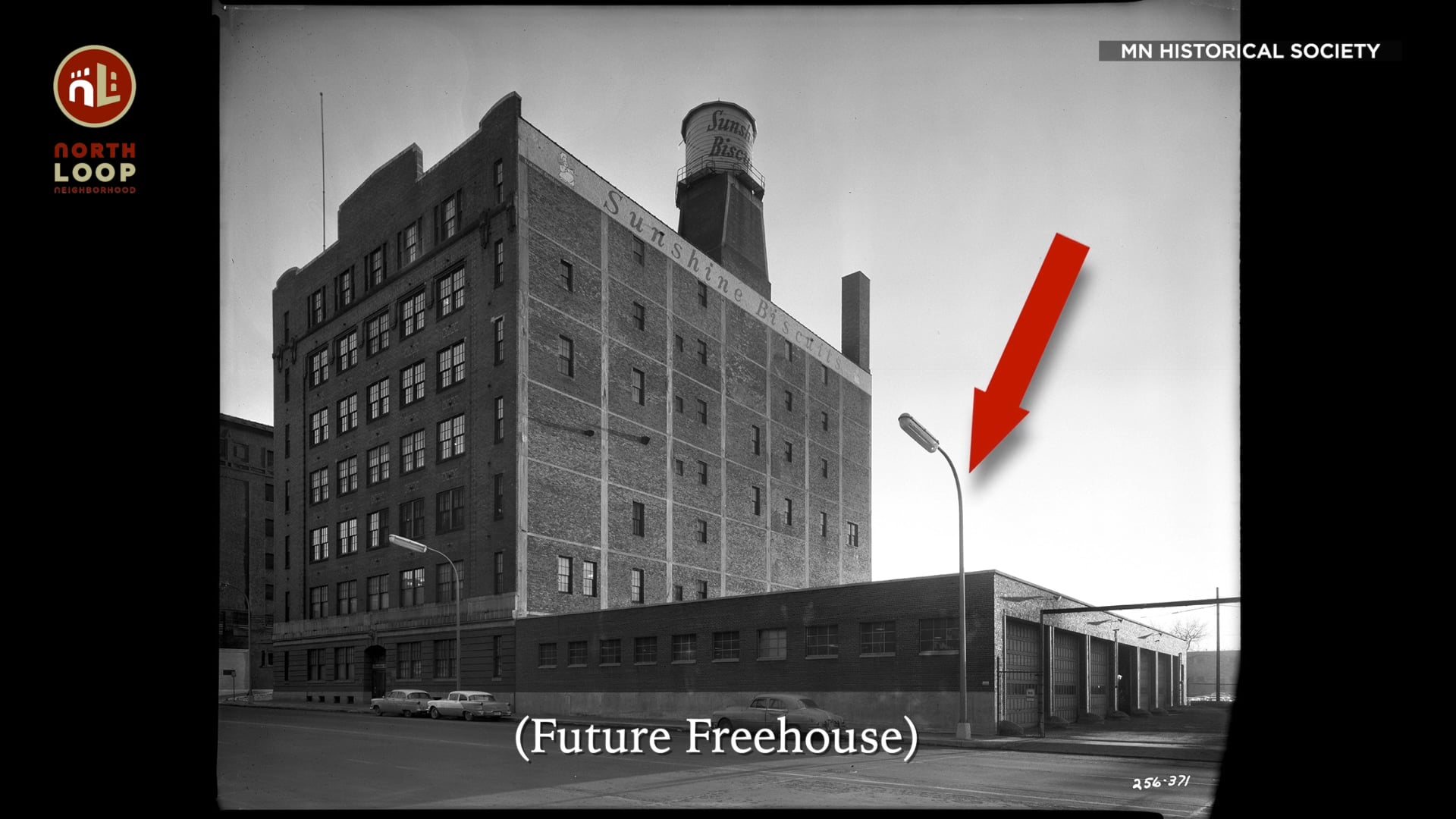 Loop Back: The Office Tower That Used To Be A Bakery

Though it’s now home to several levels of office suites, the Loose-Wiles building is best known for different types of “sweets.” As in biscuits, cookies and wafers from what was a high volume bakery. The Sunshine Bakery, as it was called, opened in 1912. The owners were two brothers from Kansas City named Loose, and a partner named Wiles. With all the large windows on the north side, they said their baked goods would be “made in Minneapolis sunshine.” There were 350 varieties, including graham crackers, butter thins and other biscuits, some of them packaged in tin containers that can still be found on collectors’ websites today. At its grand opening, a reporter for the Morning Tribune pointed out, “The ovens are located on the highest floor, ‘above the fly zone’ and away from the dust that blows into the windows nearer the streets.” He went on to write that this bakery was “capable of turning out enough biscuits to supply every man, woman and child in Minneapolis with 35 every day.” In the 1940s, a loading dock and annex were added to the northwest side, which in recent years became The Freehouse. The warehouse has also been used as a Litin Paper facility. But when United Properties bought it in 2012, it did a massive renovation and brought back the Loose-Wiles name. Bringing it full circle for its second century in the North Loop.