Image: An aerial rendering of the future Water Works downtown riverfront park in the fall

On Monday, May 1, the Minneapolis Park and Recreation Board and the Minneapolis Parks Foundation presented to the public an evolved concept for Water Works at the first of two community meetings. Water Works is a transformative park development project overlooking St. Anthony Falls and the Stone Arch Bridge that will bring significant new historic, cultural, and recreational amenities to the most iconic location in Minneapolis and the region. The updated concept embeds a new park pavilion into the historic ruins of the Bassett and Columbia mills, as well as expands naturalized gathering spaces with direct access to public amenities.

Following the approval of the original Water Works concept in 2015, the Park Board and the Parks Foundation retained a multi-disciplinary design team headed by Damon Farber Landscape Architects and HGA Architects. The design team is completing schematic design through construction administration for phase one of the Water Works project, known as the Mezzanine Phase, which is slated to begin construction in 2018.

The design team evolved the Water Works concept while addressing anticipated site-specific intricacies, such as the condition of buried ruins, service access to the pavilion, and cultural significance to diverse peoples. Further investigation during the schematic design process revealed the remnants of the Bassett Sawmill and Columbia flour mill to be so rich that the best course of action was to inhabit and activate them, rather than leave them largely buried, as originally proposed. The design team also chose to uphold the site’s potential as a place to reveal untold stories, in acknowledgement of St. Anthony Falls as both the birthplace of the city’s milling history and a spiritual place that has shaped cultural and economic connections for indigenous people and immigrants. 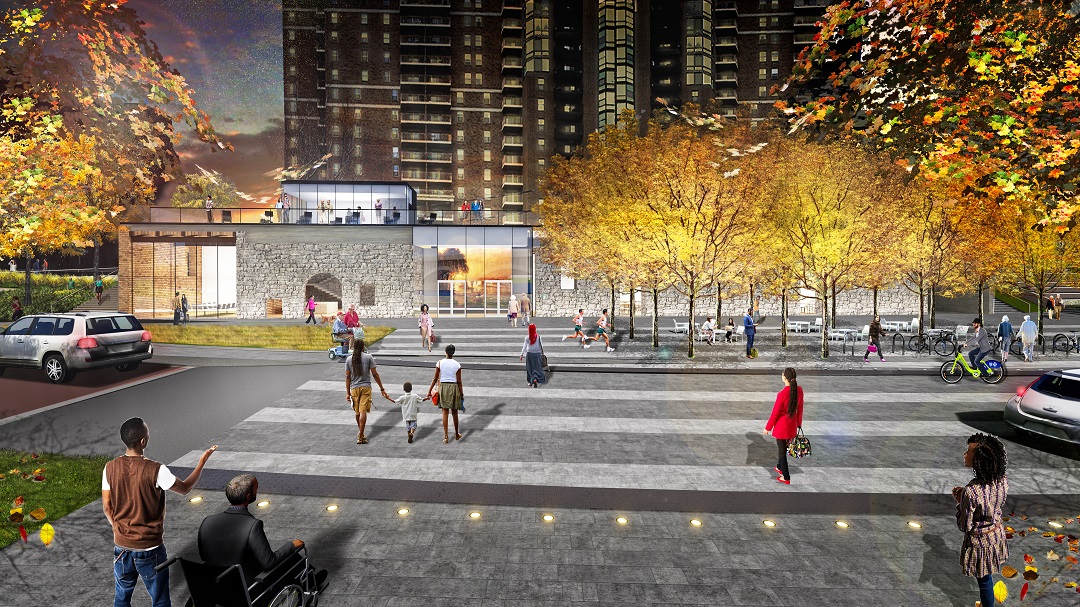 A natural venue for stories and storytelling

Water Works features that conduct the storytelling theme include the mill-embedded pavilion, tree-sheltered city steps, a naturalized playspace, and the potential for revealed mill-era ruins and artifacts.

With this new round of community engagement, the Park Board is also seeking deeper input on the proposed program for Water Works, which exemplifies the theme of storytelling. Park visitors will be able to experience the landscape’s layered stories through the park design itself. Over time, visitors will also add their own stories through art, play, performance, food, and social media.

The process to the planned 2019 grand opening

Throughout May, the Minneapolis Park Board and the Parks Foundation will be engaging the public about the new concept. The engagement includes the two open houses, several focus groups with underrepresented communities, meetings with individual and organizational stakeholders, and an online survey. In June, Park Board staff intends to present the revised design concept, together with community input, to the Minneapolis Park and Recreation Board of Commissioners. Should the community embrace the new concept, and the Park Board approve it, the design team will continue schematic design and construction documents ahead of the planned 2018 construction start.

Through the Parks Foundation, the majority of Mezzanine Phase funding will be provided by philanthropic investment. In 2015, the Parks Foundation launched the RiverFirst Capital Campaign, which has to-date raised $12.3M in philanthropic gifts and commitments. It is anticipated that private funding will accommodate any additional expense incurred during the Water Works Mezzanine Phase because of the updated concept. 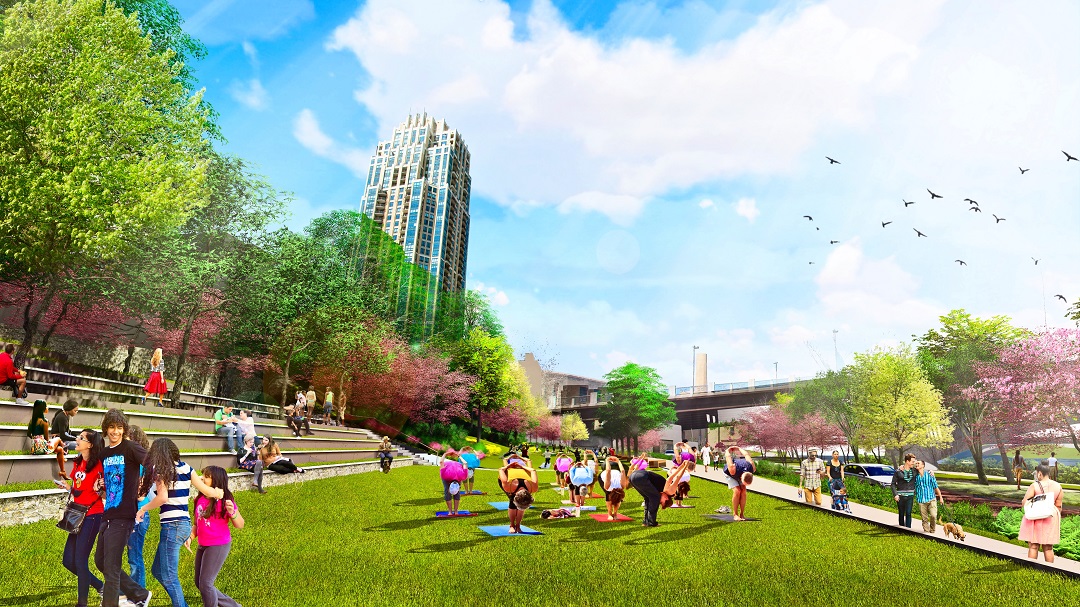